This past summer, 88 youth and youth leaders from 16 Groundwork Trusts headed to some of the country’s most iconic national parks to take part in a Groundwork USA Youth Corps Experience, made possible by the support of the National Park Foundation. Over a nine-day course of conservation work, corps building, outdoor skills training, and camping, five different youth crews developed their conservation and historic preservation skills while helping to reduce the National Park Service’s sizeable backlog of deferred maintenance projects.

In July, Glacier National Park’s Maintenance Department turned its woodworking shop over to Green Teamers and Youth Leaders from Groundwork Jacksonville and Groundwork Milwaukee, who created five custom garage door panels to replace parts of the park’s equipment sheds that had been heavily damaged by winter snow and ice. Crew members also installed 15 bird boxes built by Groundwork crews in 2018, which they installed using a scissor lift and scaffolding; others took part in a three-day citizen science initiative for National Loon Day, setting the record for the number of loons sighted and filmed on the very first day! 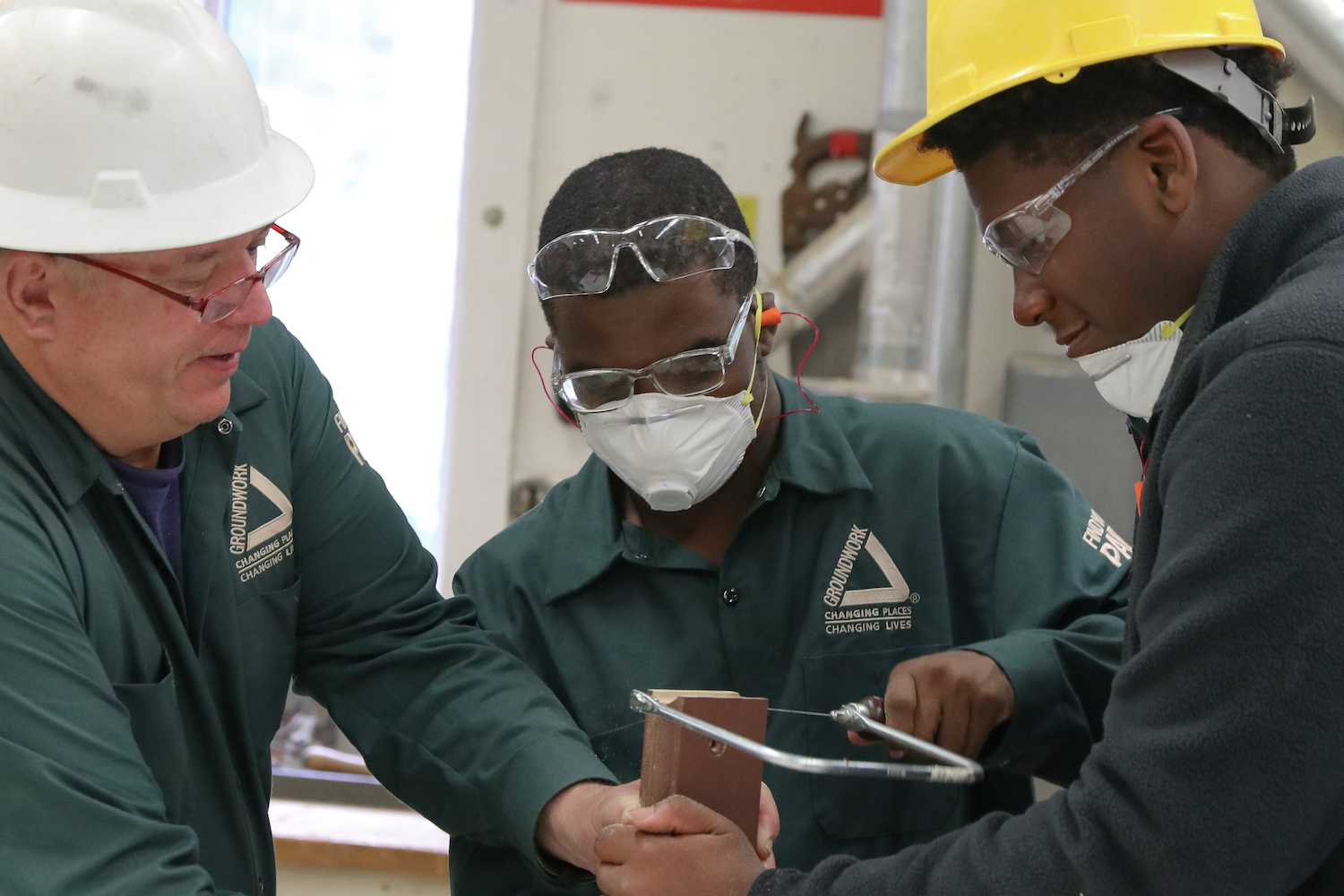 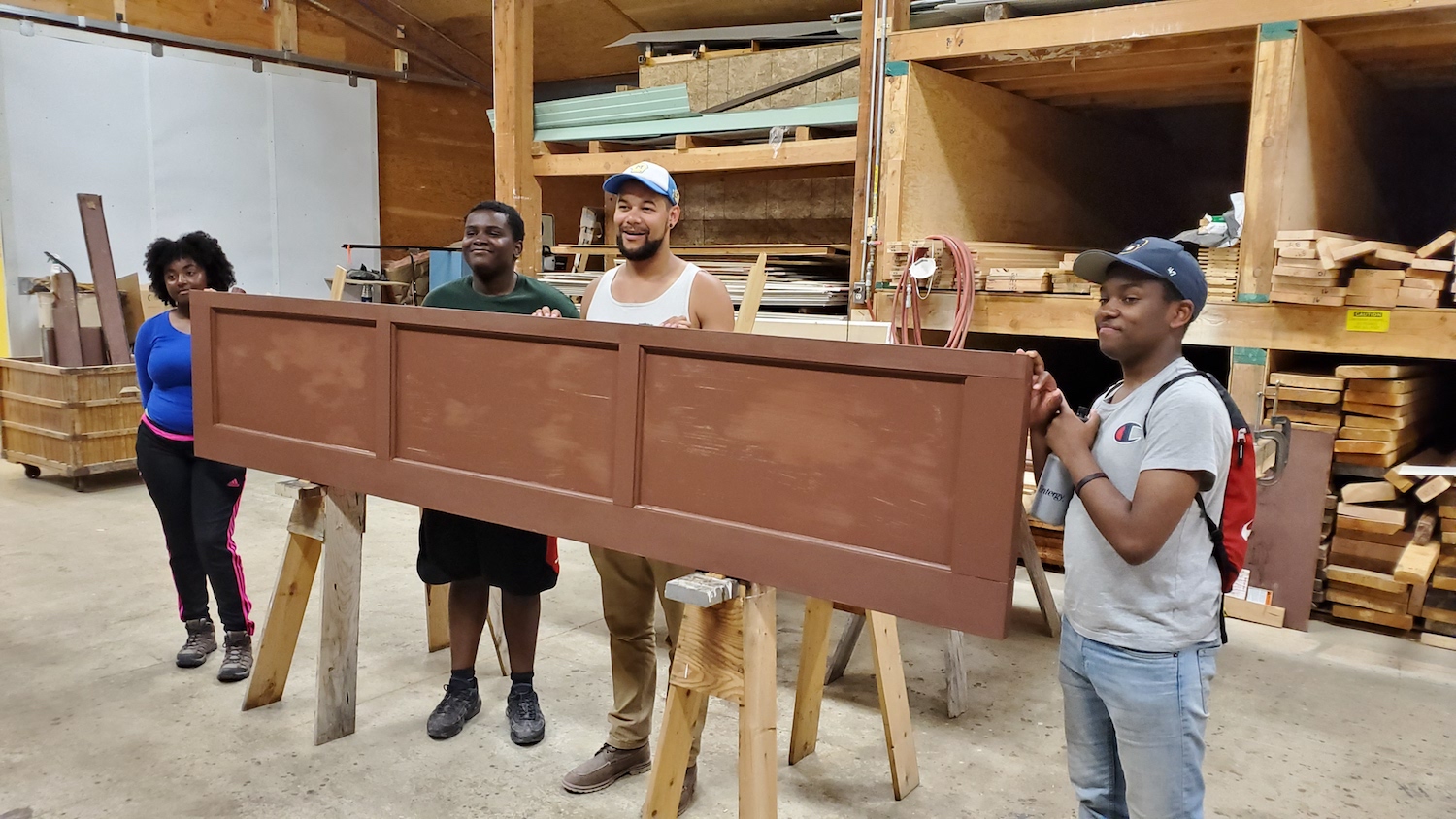 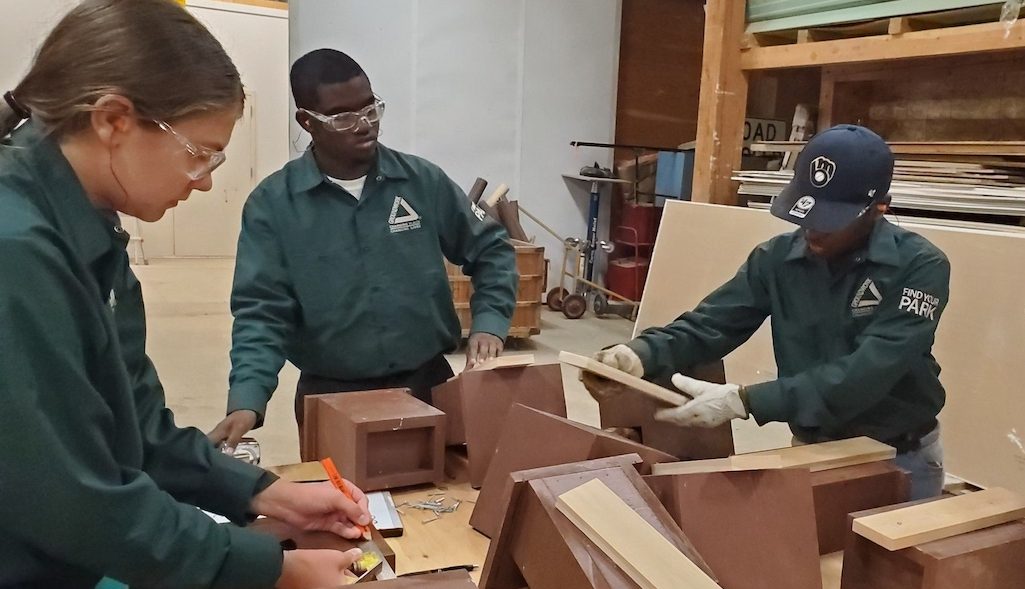 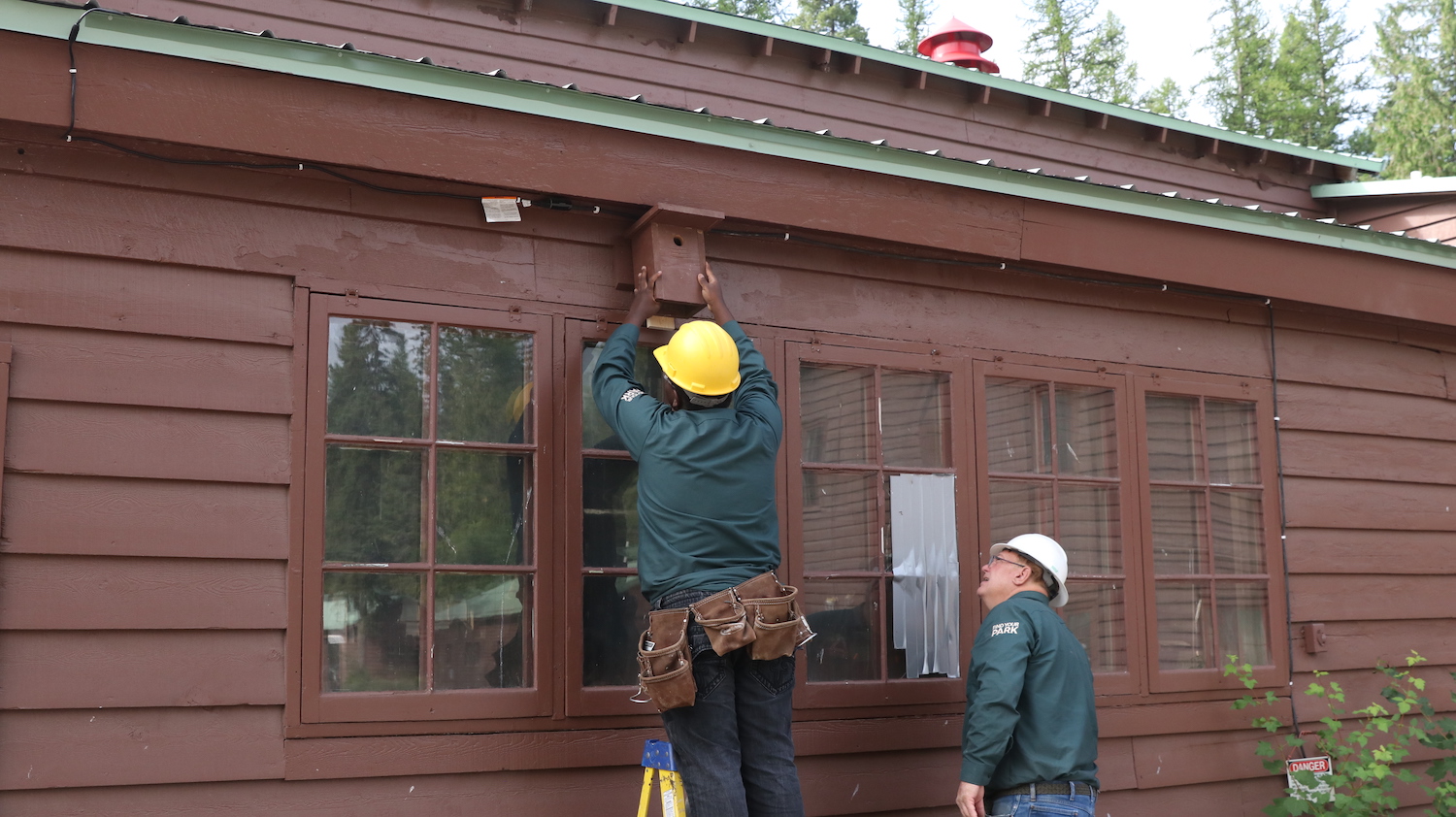 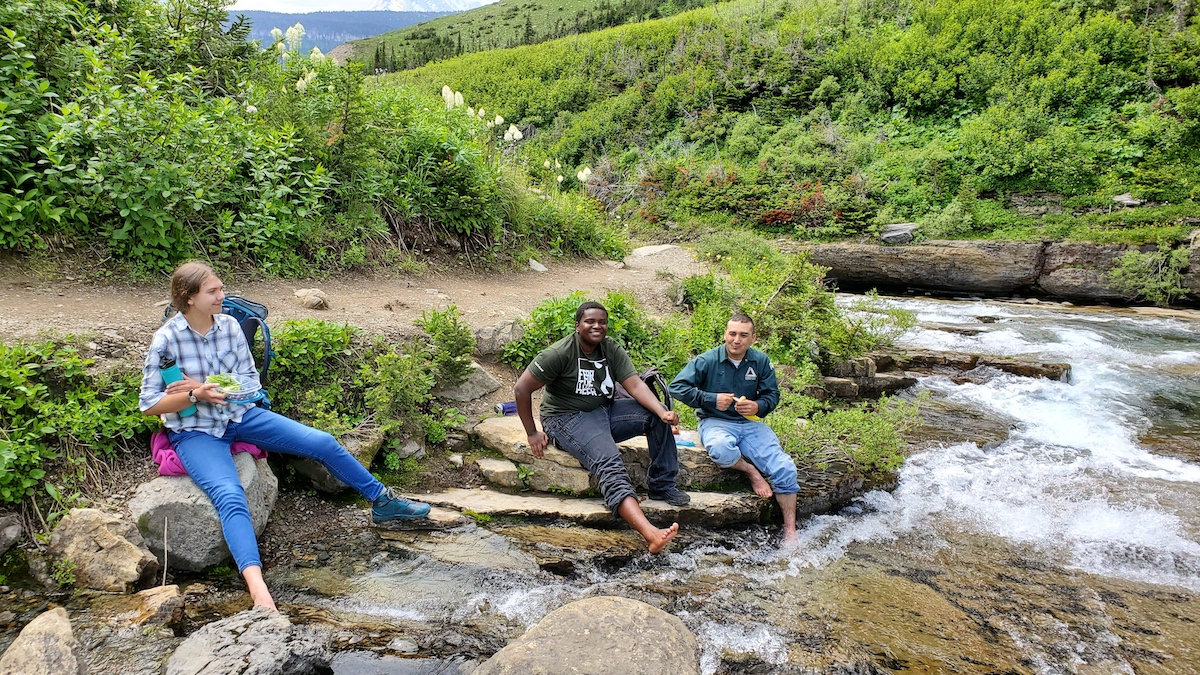 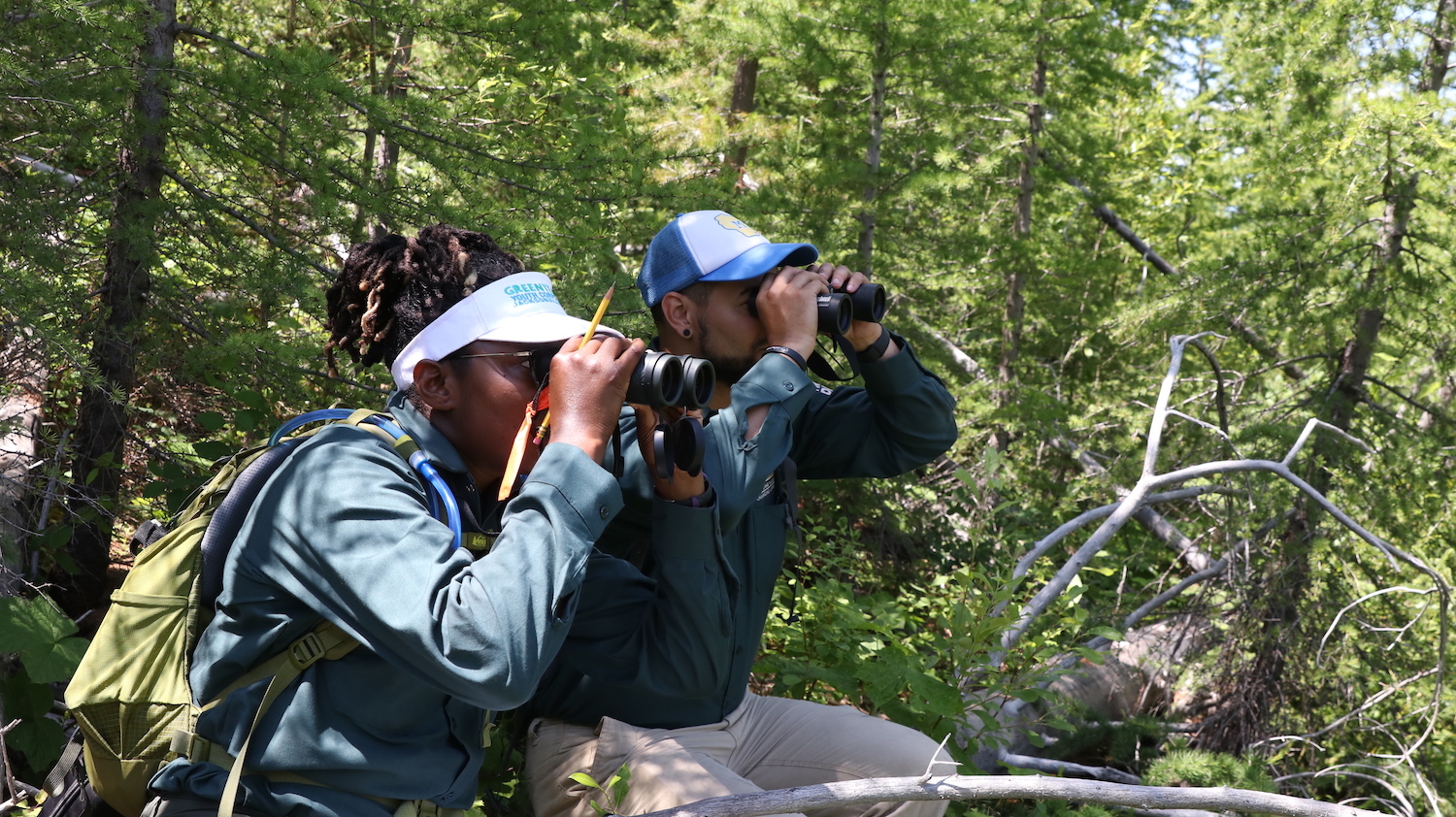 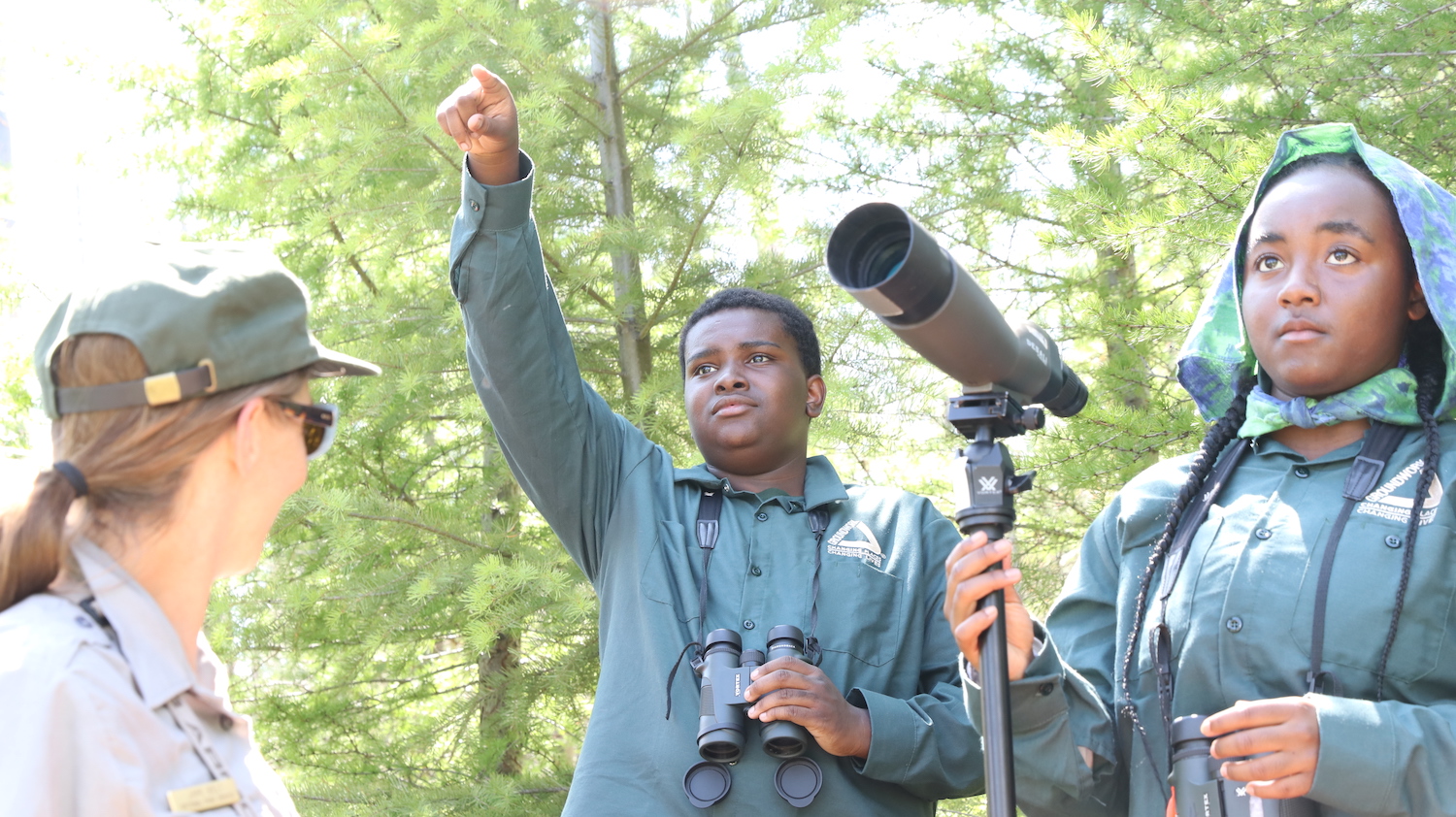 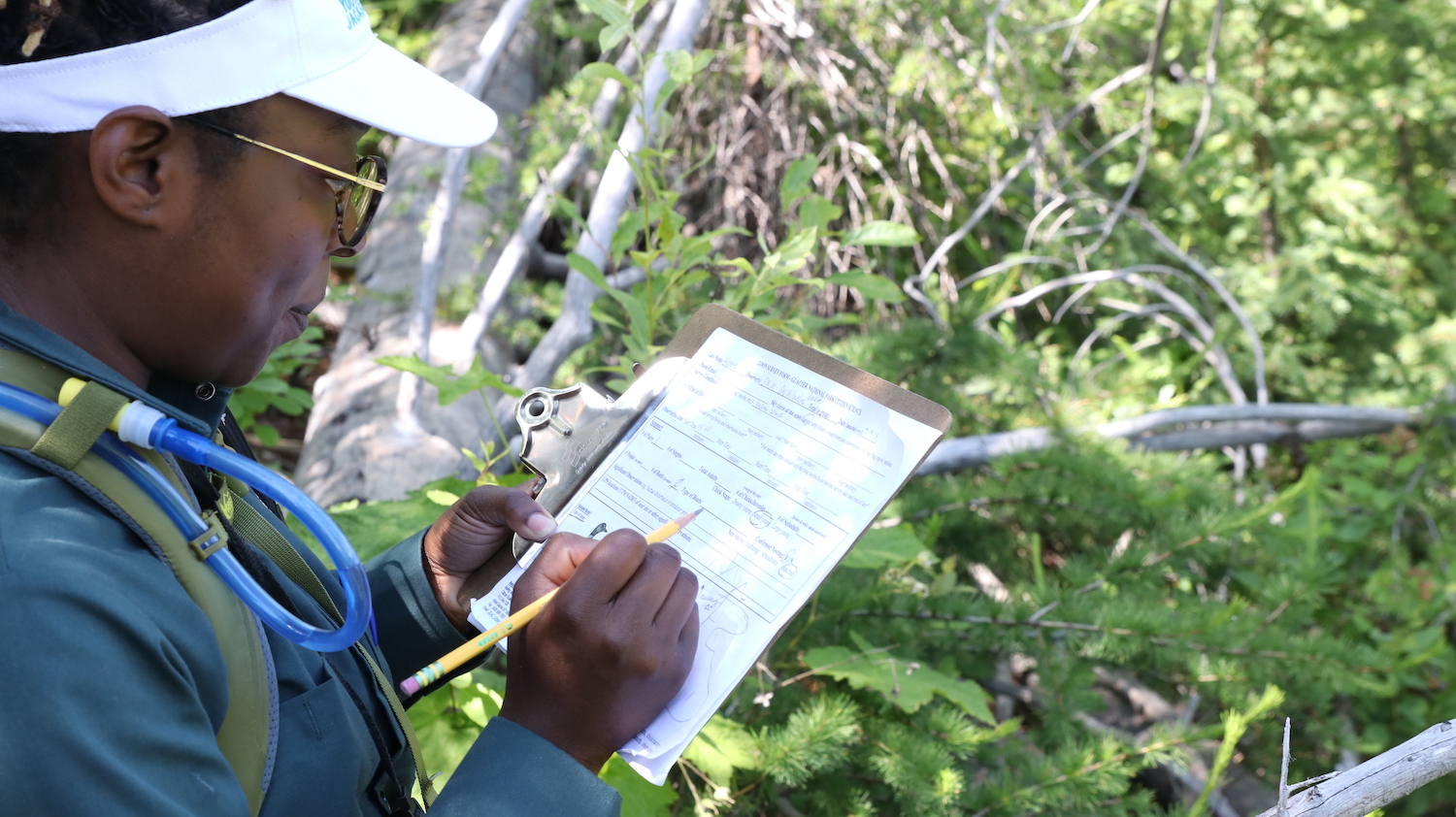 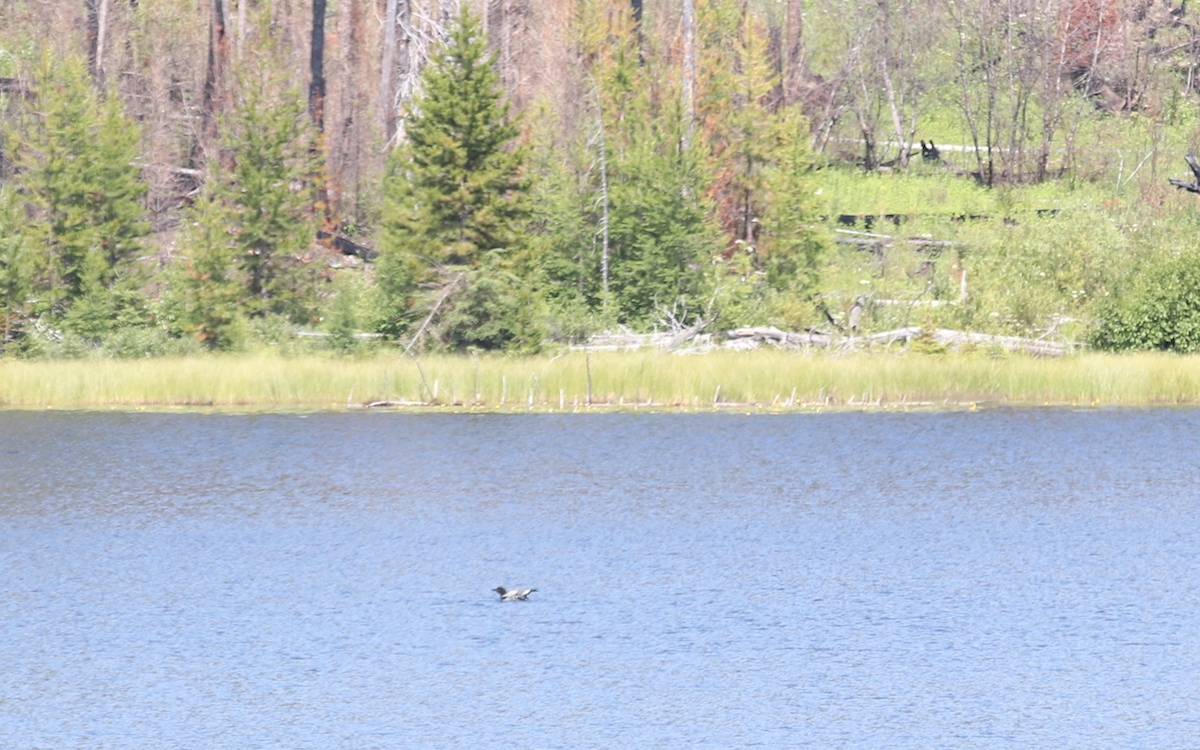 For some youth, the corps experience opens a window onto potential new career possibilities. “They showed us what to do and then let us do the work,” observed Cedrick Burton, a rising high school junior from Jacksonville, “…and I was good at it! It made me think that I want to study engineering and construction.”

From July 17-25, 10 Green Team youth and Youth Leaders from Groundwork Elizabeth (New Jersey) and Groundwork Denver joined together in Grand Teton National Park to take part in Groundwork USA’s first-ever all-Latina youth crew. Working with Lora Matway of the Western Center for Historic Preservation (WCHP) and instructed by Groundwork USA National Youth Programs Director Curt Collier and Youth Programs Manager Joseph Leyba, the crew employed techniques, such as leveling a foundation with a laser transit and cutting lumber with a cross-cut saw, to plan and lay a new foundation for a 40’x20′ observation deck and build a corral at the park’s historic BarBC Dude Ranch.

Participating in an all-Latina crew was a first for youth leaders and youth alike. “Working with an all-Latina group has been very empowering, very powerful,” explained Groundwork Denver Youth Leader “D” Garcia, “because we’ve been able to communicate better, we’ve been able to work in a way that we don’t have to explain ourselves to each other… It’s so empowering to see all of the work that we’ve accomplished together and that we didn’t need a boy to do things for us, that we’re doing all this heavy work and there’s no one telling us that you shouldn’t do that because you’re girls. It’s like oh, well, we did it!” 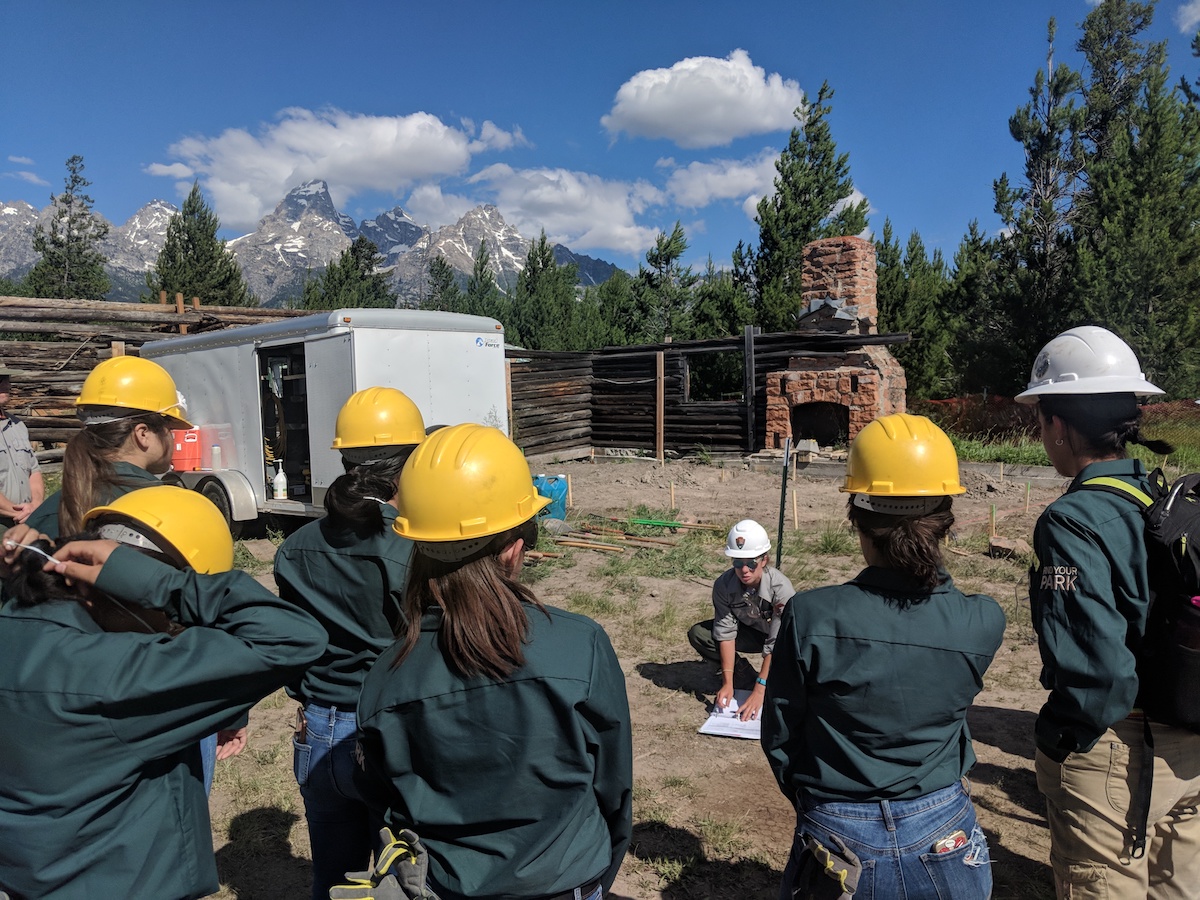 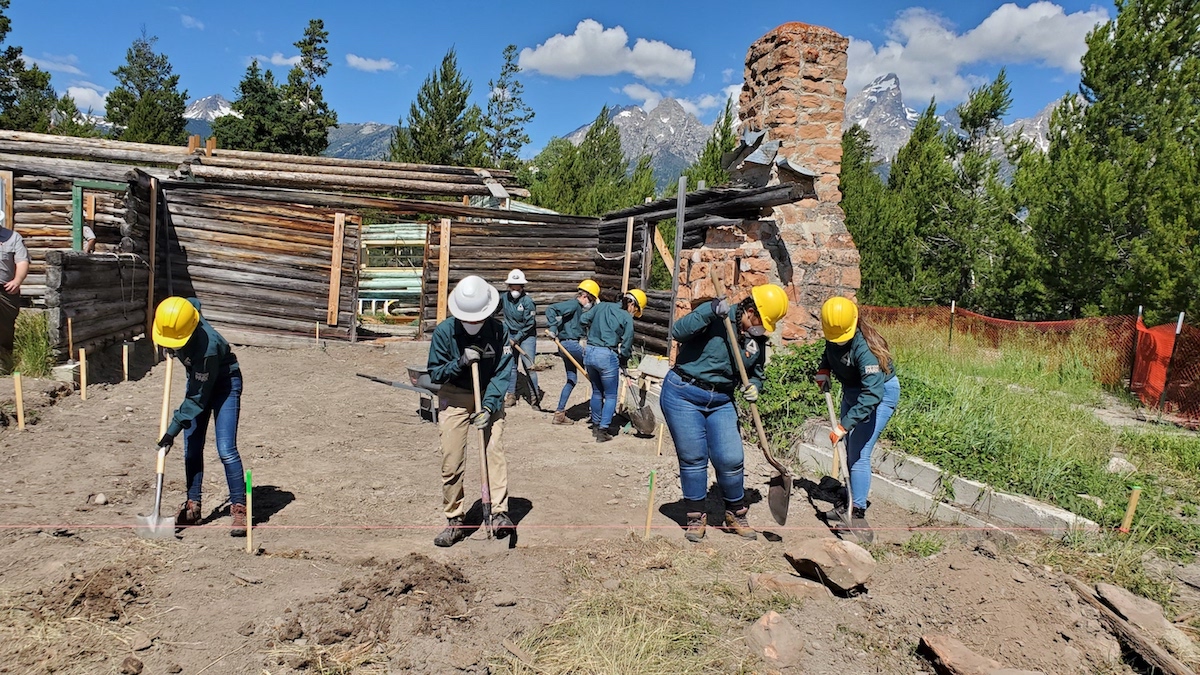 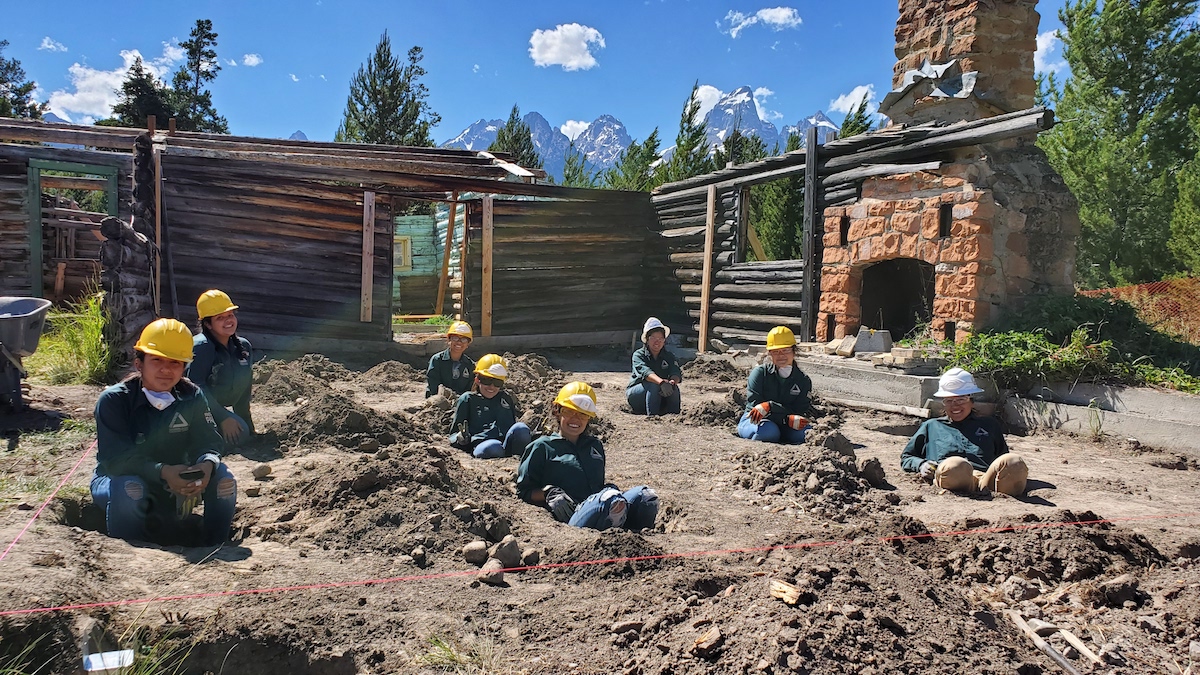 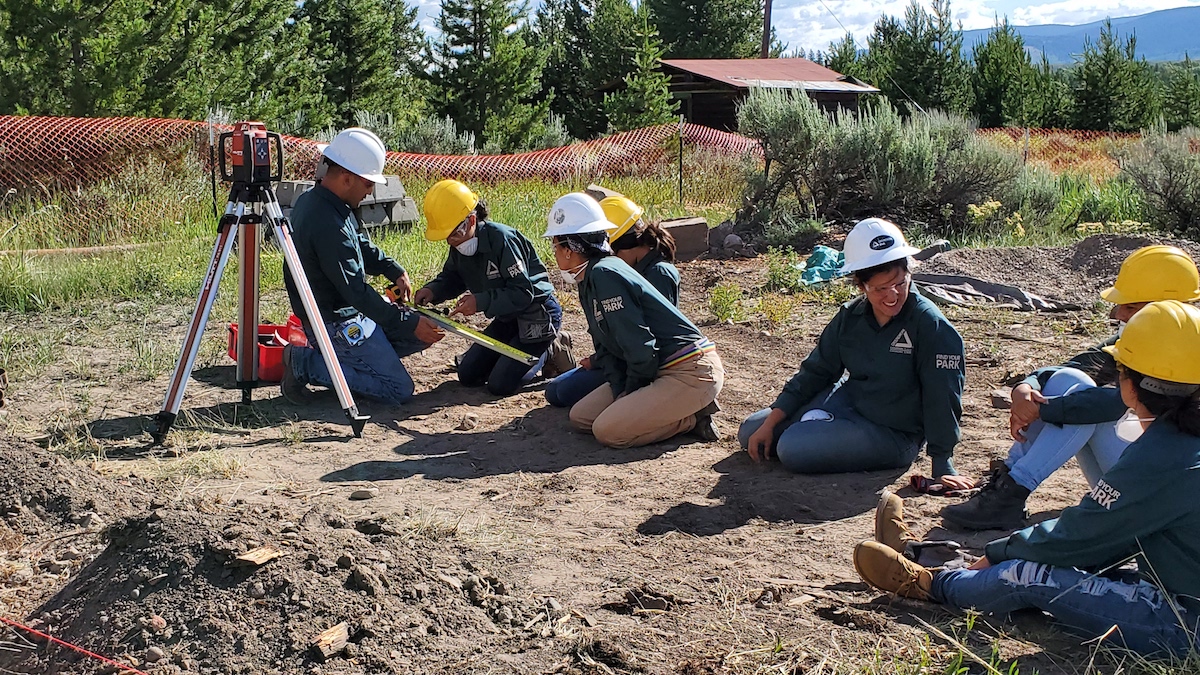 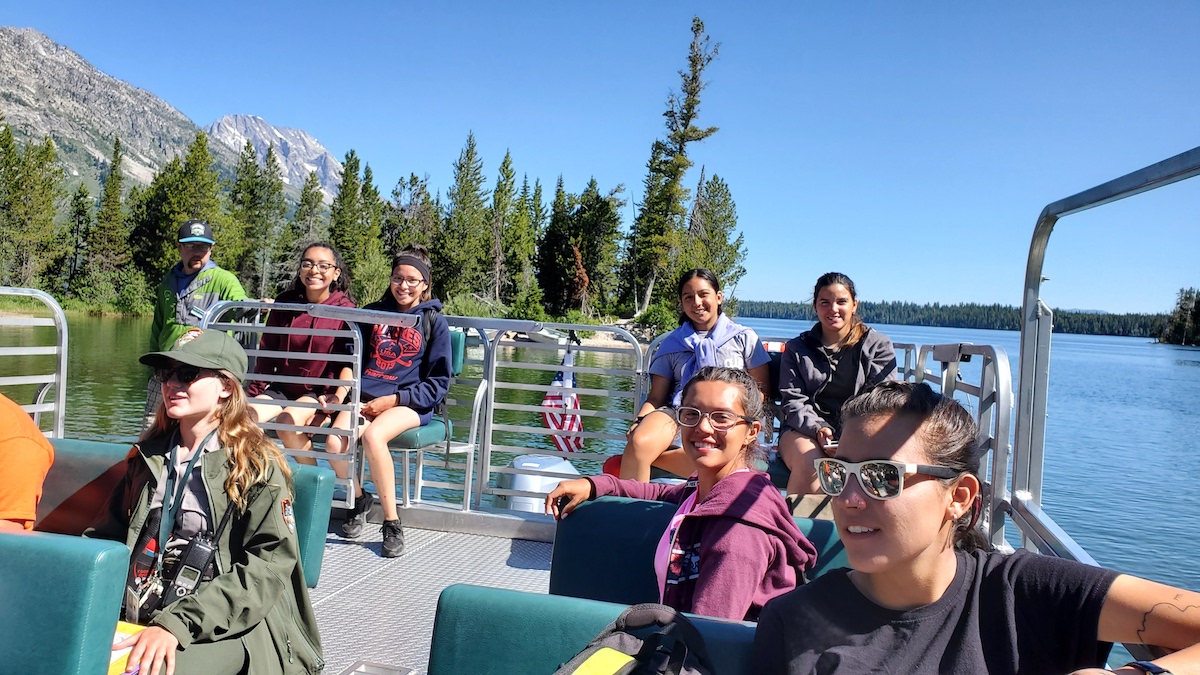 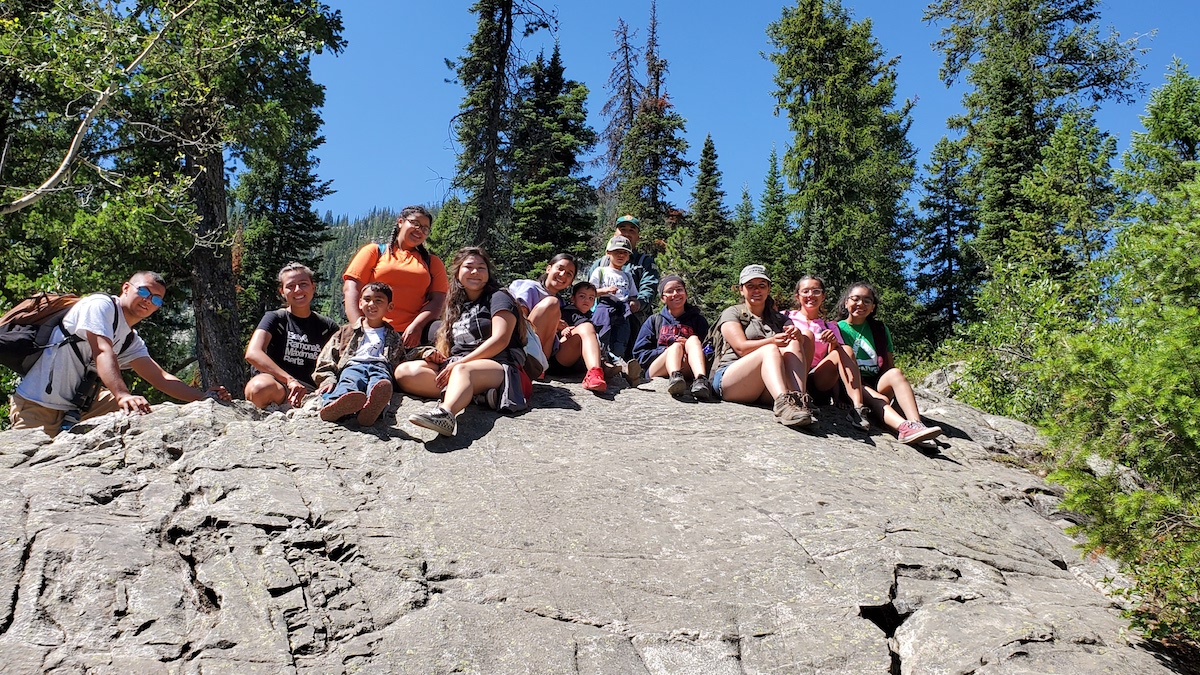 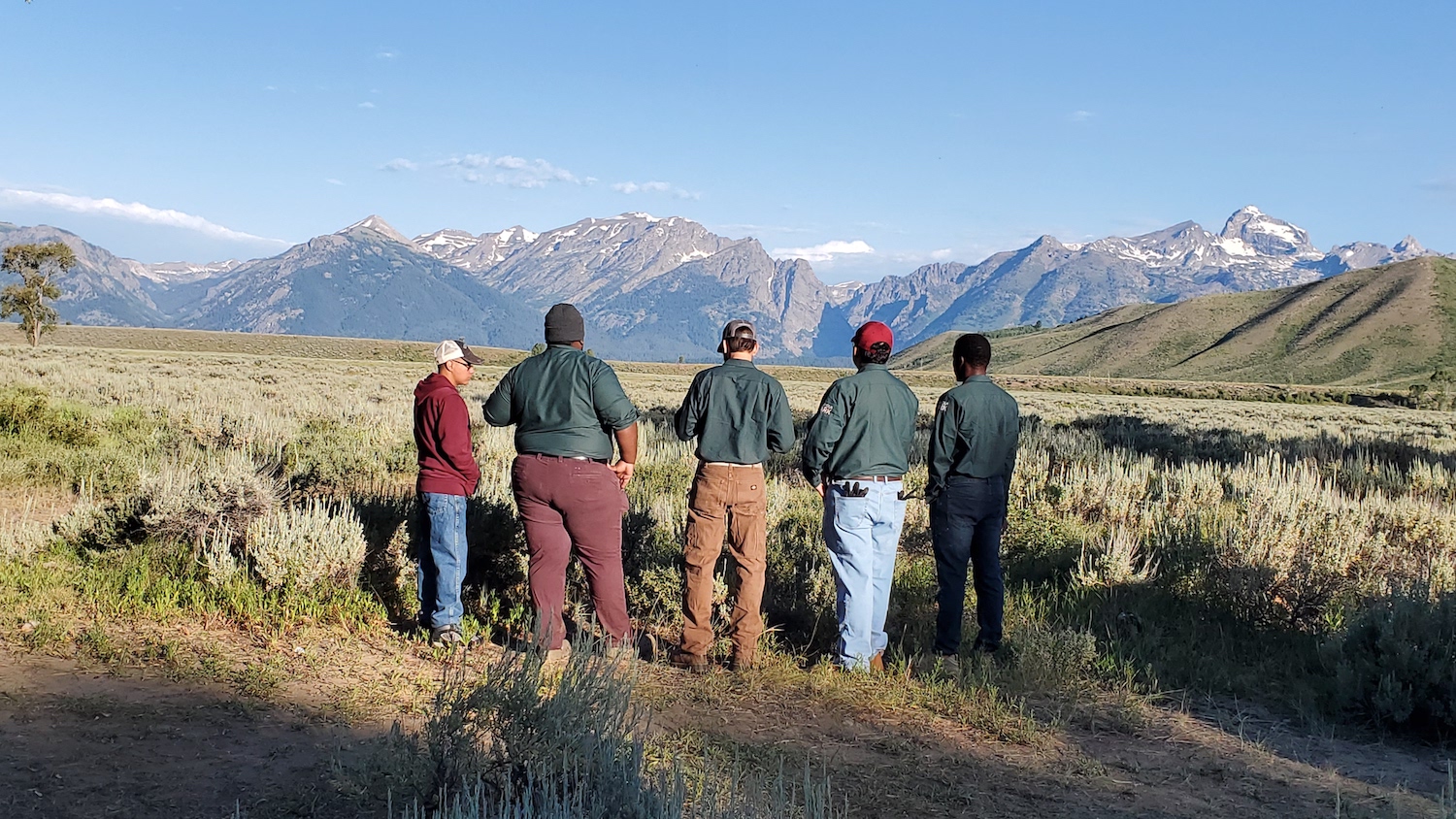 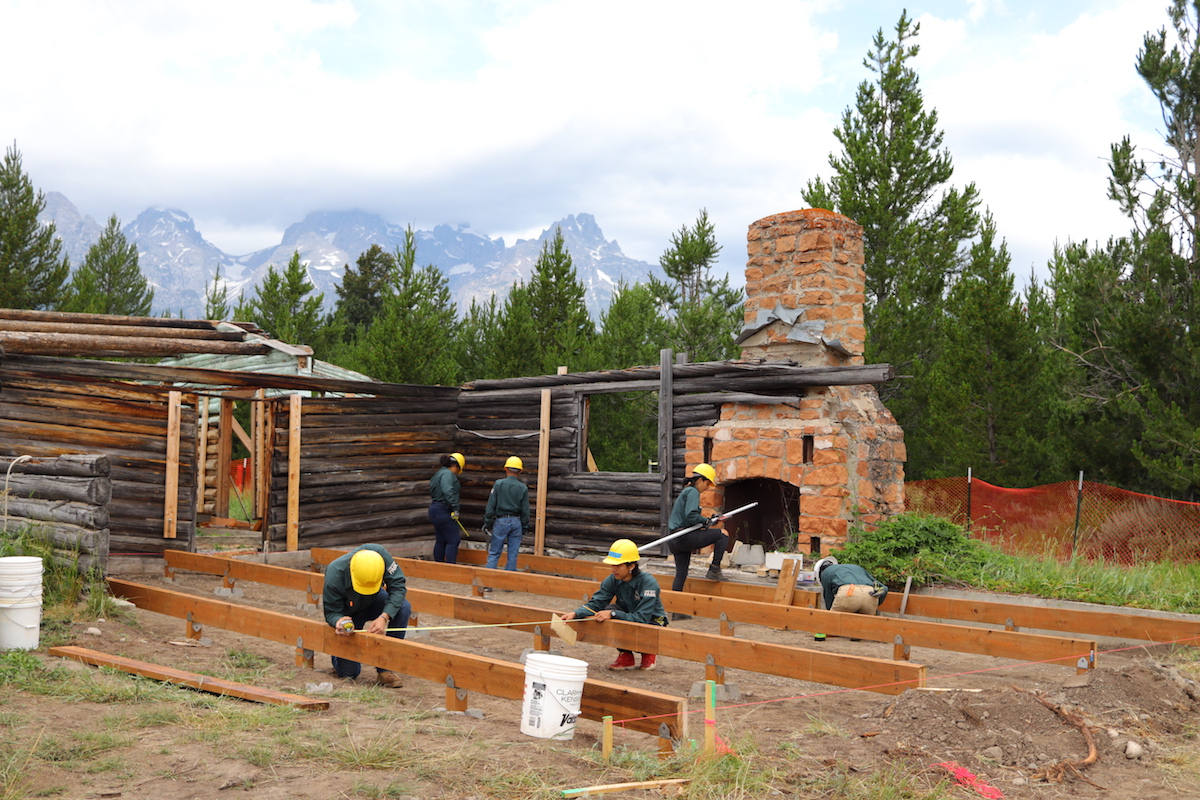 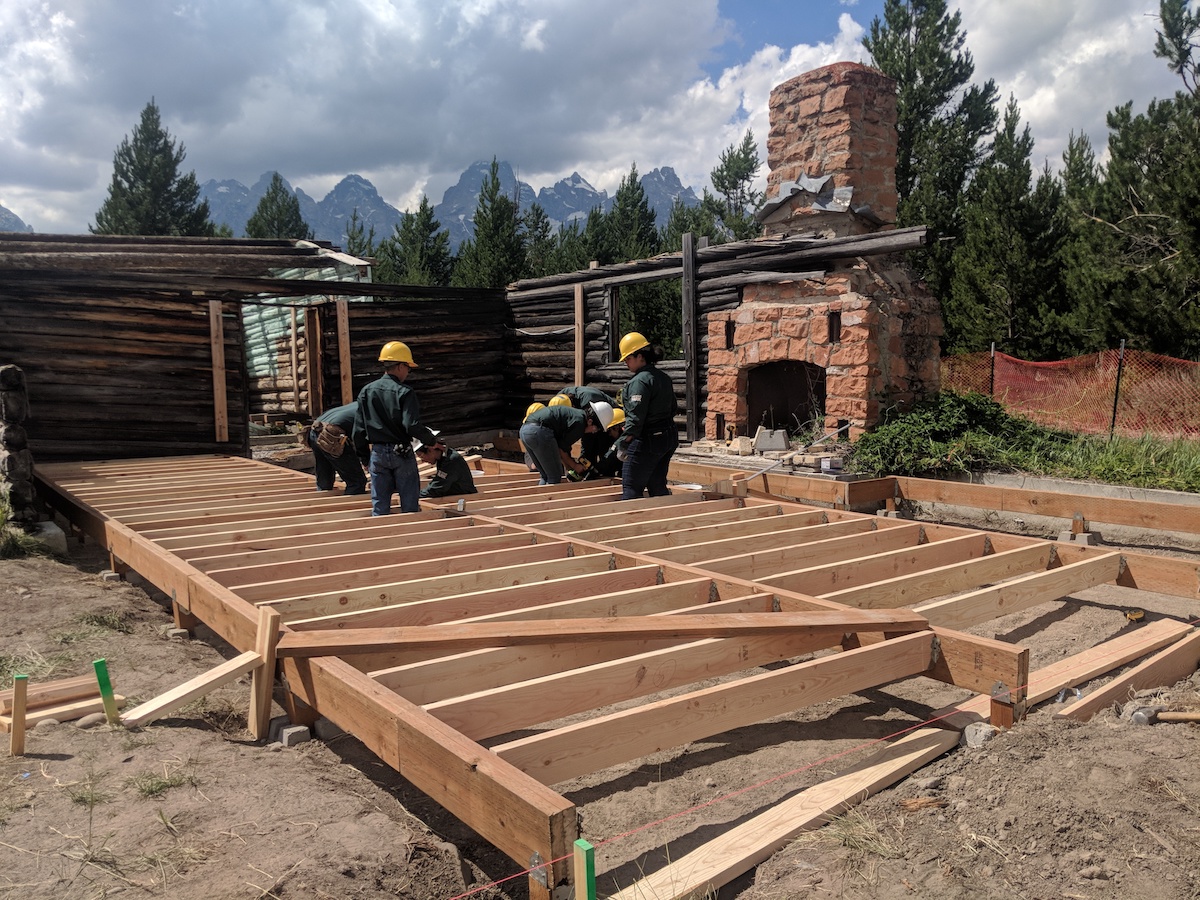 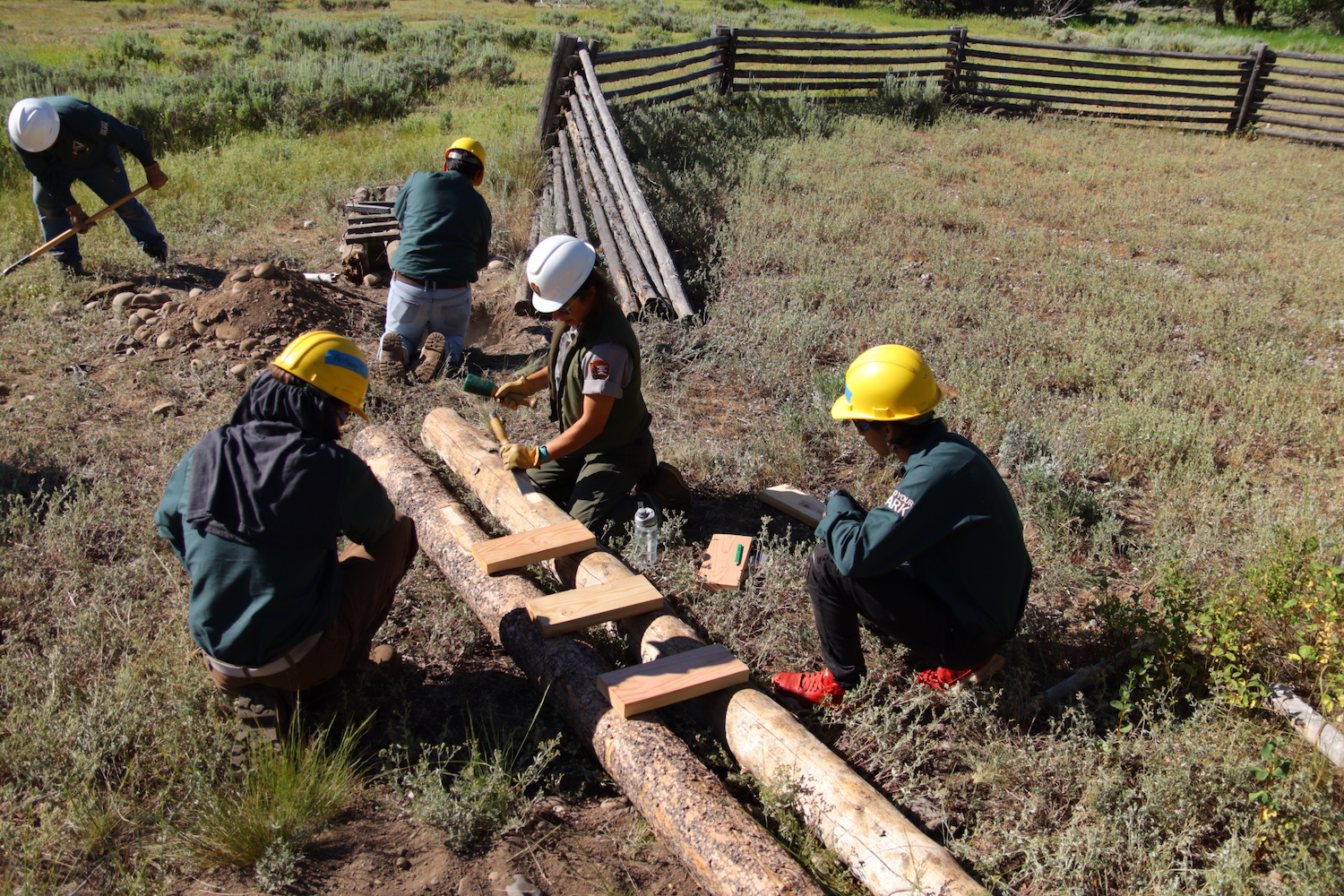 Unsure what to expect from two male instructors she hadn’t previously met, Garcia ultimately had high praise for Collier and Leyba’s instructional style: “…they’ve been really good teachers, they have so much patience with us and they’re teaching us in a way that they acknowledge the knowledge that we already have, and they say ok, I know that you know this, but do you know this, and let’s add onto this. … I feel very comfortable, and I feel like I can ask questions without feeling the need to be like, maybe I should figure it out on my own so they don’t say just because you’re a girl you don’t know this.”

After the first week, the crew was joined by a crew of young men from their home Trusts, who continued the work on the deck. Over the course of two weeks, the two crews also built 30 custom door and window shutters and stabilized the Ranch’s corral. In between the hot and dusty work, though, the crews found time to hike to Inspiration Point, swim in the Gros Ventre River behind their campsite, boulder in Cascade Canyon, and tour nearby Yellowstone National Park.

In August, youth from 12 Groundwork Trusts took part in two more youth corps in Yellowstone National Park, where stabilized a historic 130-foot carriage house and restored and constructed 22 barn doors for the structure using the same techniques as the original builders. The Yellowstone crews also installed bear-proof storage boxes in the park campgrounds, dismantled a mile of bison-proof fencing, and built custom buck-and-rail fencing at the Norris Geyser Basin. Their reward: being in the right place at the right time to witness the eruption of the famous Steamboat Geyser, the world’s tallest active geyser, which typically remains dormant for 15- to 30-year cycles.

These hands-on work-adventure trips foster a sense of stewardship that extends far beyond the public lands where they take place to the youths’ own communities. “The skills that we have gained here, we’re actually using them as soon as we go home,” noted Groundwork Elizabeth Youth Leader Lucy Crespo, eager to help her Green Teamers apply their new-found construction knowledge to a microfarm project underway in Elizabeth. “We’re building an outdoor classroom, we’re starting to bring schools from our community to learn about urban agriculture, conservation, wildlife conservation all in one location, which is very unique in our area, which we don’t have a lot of open space.”

And this is exactly what Groundwork USA’s Curt Collier hopes for: “My job with Groundwork USA is to figure out how to raise the capacity of the next generation to fall in love with public lands, to fall in love again with their communities, and to build that city of the future, to build that place where both nature and humans can coexist and flourish,” he explains. “If the youth are just staying in their hometowns and doing the work, they don’t feel connected to something bigger. When we can bring them into the parks, they realize that they’re part of a larger conservation movement.”